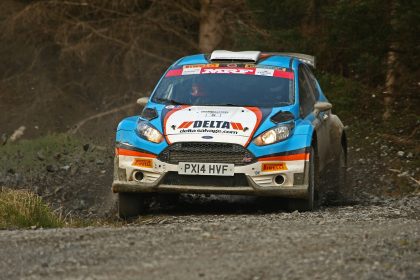 Matthew Hirst and Declan Dear recorded a sensational victory at Saturday’s Rallynuts Stages Rally [9 April] as the pairing stormed to an impressive four fastest times from six stages in their Ford Fiesta R5.

The pairing, fresh from a win at Rally North Wales just a fortnight ago returned a scintillating performance, opening a whopping 15 second lead on the initial Myherin stage and were never headed, taking arguably their most important win to date.

Last year’s Rallynuts winners Elliot Payne and Patrick Walsh were their nearest challengers, taking second overall in their Ford Fiesta Rally2 whilst Dylan Davies and Mark Glennerster rounded out the podium in third behind the wheel of a Skoda Fabia R5.

Forty-four miles of some of the finest stages in Wales were on offer to a bumper entry list of over 140 crews who headed for the Builth Wells based event.  Six stages in the classic Myherin, Sweet Lamb/Hafren and Sarnau forests ensured a suitable challenge for the impressive line-up, with contenders from a wide range of championships including the MRF Tyres BTRDA Rally Series and Motorsport UK Pirelli Ravenol Welsh Rally Championship.

Despite Friday’s heavy hail showers and low temperatures, Saturday dawned bright and clear with some frosty sections in the shade ready to catch out the unwary. Myherin was up first, with over 10 miles of fast, flowing forest and moorland gravel in store.

Malcolm Wilson Rally winners and number one seeds Stephen Petch and Michael Wilkinson were the first victims of the day after being dragged into a ditch on the opener, losing over 10 minutes in the process. They completed two more tests before calling it a day.

But Hirst showed his hand early, setting a time a staggering 15 seconds faster than any other crew to leave his rivals trailing in his wake. Payne drew level with Ian Bainbridge and Tom Woodburn in their Skoda Fabia R5 but both crews were well aware that the margin to Hirst would be tough to close in on.

Hirst was at it again in the second Hafren Sweet Lamb test, extending his lead to 20 seconds and although Bainbridge set the benchmark in the third, it would only be by one second.

Heading into the mid-point service Bainbridge had crept into second spot ahead of Payne but was now 23 seconds adrift of the leaders. Payne acknowledged there was work to do on the afternoon loop and used his lunch break to work on set up, which immediately improved his pace. The repeat run of the opening stage saw Payne just two seconds behind Hirst as the clocks stopped, but still, Hirst egged out his lead, again on the next test by a further vital second.

Just the final four-mile Cwmysgawen stage remained, and Hirst continued to keep his cool. Perry Gardener and Jack Bowen showed signs of getting familiar with their Fiesta R5, taking an impressive equal stage win with Hirst but the last test also saw Bainbridge fall from the podium as an impact with a rock slowed his Skoda by well over a minute.

But no one could catch Hirst and his performance even surprised the driver himself.

“I still can’t believe our stage one time,” said a perplexed Hirst at the finish podium.

“I`m not really sure why we were so fast, or indeed with the others were so steady. We have been doing this [rallying] now for about five years and to take that time on the first stage of a BTRDA round and to come away with a win against such stiff competition is a lovely feeling, it’s so gratifying. We have been pushing hard for years so when you jump in one of these cars [Fiesta R5] it shows your actual pace. It’s a good feeling.”

Payne would be happy with his afternoon’s pace but acknowledged there was work to do in second spot, whilst Davies was a delighted third in only his second rally in his car, usually hired out for events.

The battle for the two-wheel-drive honours was also an impressive one as three-time British Rally Champion Matt Edwards went head to head with teammate Nick Elliott in a pair of FIAT 131 Abarth’s. It was nip and tuck during the morning loop, but after Edwards and co-driver Hamish Campbell ironed out some braking issues, they took the initiative and took 12th spot in the historic spec machine. Elliott and Peredur Davies netted 18th. 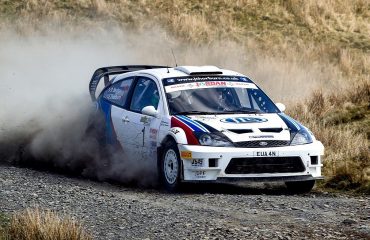 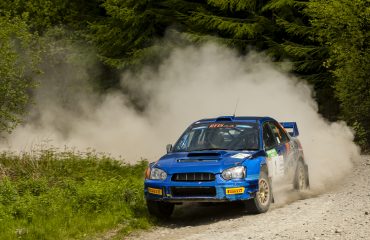 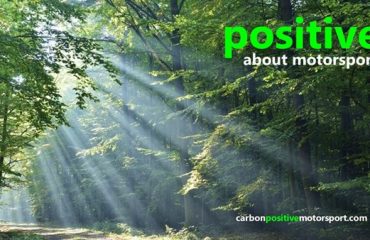