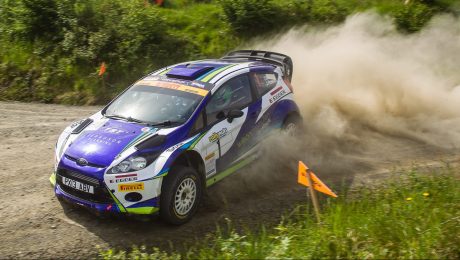 Connor McCloskey and John Rowan made the trip across the Irish Sea a worthwhile one, taking a dominant win at the Rallynuts Severn Valley Stages this weekend (3rd June) in their Ford Fiesta WRC.

Making it a Fiesta podium lockout, Charles Payne and Carl Williamson took second spot in his new version of the Fiesta WRC with the husband and wife pairing of Martyn and Dawn England rounding off the top three in their R5+ derivative.

Crews contested 44 miles across classic Welsh forests including Crychan and Radnor and endured a largely dry and dusty day with scattered showers ensuring some sections of the stages remained slippery under the trees.

Courtesy of winning the rally in 2013, McCloskey started the event with the coveted number one on the door and was looking for seat time on gravel ahead of the remaining rounds of the season.

Leading from the very first stage, McCloskey opened proceedings with a two second gap on stage one and crossed the finish line at the Royal Welsh Showground in Builth Wells with a 45 second winning margin.

The Northern Irishman enjoyed a trouble free day and was pleased to take his second event win and in the process, took maximum points for his Welsh Rally Championship aspirations.

“It’s been a great day and I`m pleased to head to the Carlisle Rally next weekend with a win under our belts” said rally winner McCloskey at the finish.  “We backed off a little over the final loop to conserve the car but the stages have been fantastic today.  The car has been faultless too so everything has just come together for us this weekend.”

Charles Payne spent the event getting to grips with his new Fiesta WRC having previously piloted an S2000 version of the car.  Needing to adopt a new driving style for the two litre machine, he quickly adapted to his new surroundings and never ventured outside of the podium positions all event long.  Payne was “suitably at home” by the time he sprayed the champagne back at Builth Wells in second spot.

Whilst the top two positions remained reasonably static throughout the day, the battle for third spot changed hands several times before settling in the favour of the England’s with quickest time over the final test. Dylan Davies and Llion Williams were the first to challenge for the podium in their Subaru Impreza.

Opening proceedings with a second fastest time, his climb up the leader board was thwarted by a misfire which never left the Welsh pairing during the entire event. Despite a brief trip back up to third on the penultimate stage, Davies was forced to settle for fourth spot. 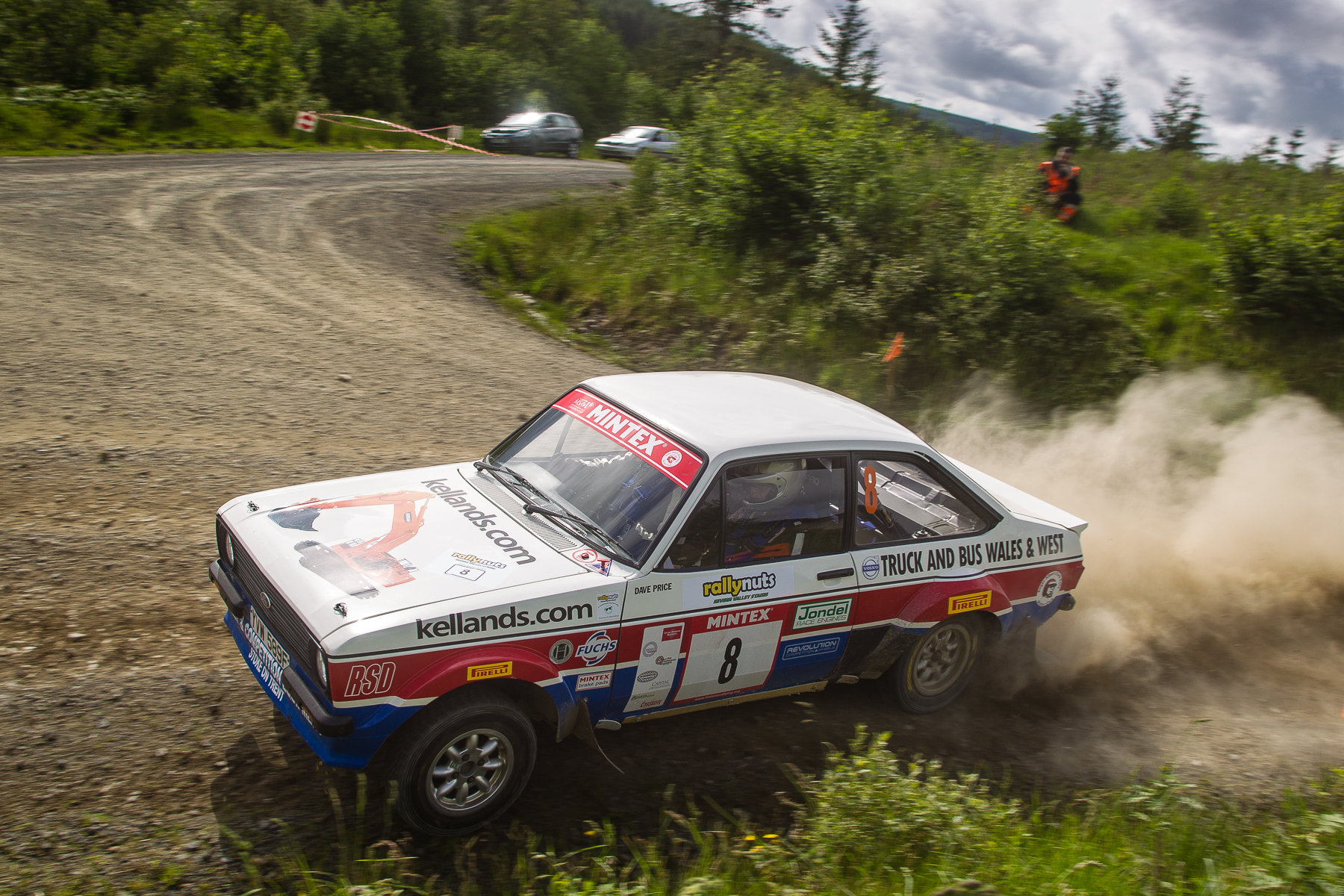 
Both driving Ford Escort MK2’s, Pritchard and Elliott swapped seconds on each of the seven tests, with the super-fast Radnor stage deciding the event in the favour of Elliott.”I was a little scrappy this morning which cost us a bit of time but I`m really pleased to have taken another Historic win today” said Elliott.

“I knew Jason would be quick this weekend so its nice to head into the asphalt rounds with a bit of pressure on him for the remainder of the season”.

Steve Bennett and Osian Owen rounded off the top three in the Historic category in their MK2 Escort.  With only one event under his belt so far in 2017, Bennett showed no sign of being rusty with several top ten overall times throughout the day, marking his intensions for the remainder of the season.

Clerk of the Course Chris Ashley was delighted with the 2017 event. “Congratulations to Connor for taking his second event win here at the Rallynuts Severn Valley Stages” said Ashley.

“We have received some fantastic feedback from competitors today and it is a credit to our dedicated organising team for producing a first class rally once again. We extend our heartfelt thanks to the volunteer marshals who helped ensure the event ran faultlessly.  We also would like to thank our sponsor Rallynuts for all their support and look forward to continuing our relationship for next year’s event and beyond”.